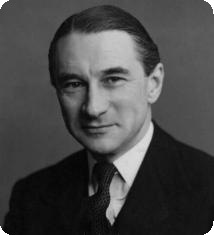 Between 1932-1936, whilst working for the Air Ministry, Roxbee was permitted to take up the appointment of lecturer in Aircraft Structures at Imperial College, London. At the invitation of Leonard Bairstow, the Zaharoff Professor at the College, he lectured on Tuesday and Thursday afternoons, and "...enjoyed this immensely, not only because of the increased income, but because the students were such interesting people and there were frequent opportunities for my wife and me to enjoy the London theatre".

Roxbee was a committed, lifelong member of the Royal Aeronautical Society, an association which began whilst studying for his PhD and DIC at Imperial College in the early 1920's. He won the R38 Memorial Prize for his paper External Forces on an Airship Structure in 1928, and rose up the Society's ranks to serve as its President between 1947 and 1949. No one has since held the post for two years running, and Roxbee felt very honoured to have held the position.

Roxbee was also honoured when he was asked to deliver the Wright Brothers lecture in Washington DC in 1945. The lecture was entitled British Aircraft Gas Turbines and it was during this trip that Roxbee met the aviation pioneer Orville Wright. Roxbee later commented:

"He had become rather eccentric by then, and was more interested in his theories on money than he was in aircraft. But in the lecture I was discussing the future, and of course forecast the civil airlines across the Atlantic but didn't contemplate the gigantic increases in traffic....And of course I did not really forsee the influences the war would have. The Americans were developing bombers while we were developing fighters, and obviously the airliners were likely to be developed from bombers".

[Picture is of Lord Kings Norton as President of the Royal Aeronautical Society, 1947-1949]

Letter re: election to Council of the Royal Aeronautical Society (March 1935)

Letter re: Royal Aeronautical Society speech and dinner (May 1940)

Letter re: 30th Wilbur Wright lecture and being elected Vice President of the Royal Aeronautical Society (May 1942)

Letter re: lecture to Leicester Association of Engineers and family news, plus envelope (December 1944)

Letter re: Jeremy's scholarship, VE Day, and being asked to give Wright Brothers lecture in Washington (June 1945)

Letter re: his mother's health, and mentions meeting Orville Wright during his trip to the States (January 1946)

Links to related material available on the Web