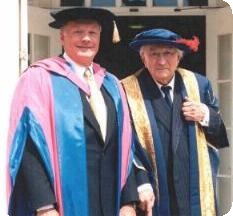 Roxbee cared deeply about science education in Britain and, in June and July 1943, he chaired two open meetings of the Royal Aeronautical Society (RAeS) on the education of future generations of aeronautical engineers.

Prompted by these meetings, the Aeronautical Research Council (the Government's chief advisory board on aeronautical affairs at the time) issued a follow-up report in August 1943 in which was clearly laid out a series of recommendations for specialist postgraduate aeronautical education.

In October 1943, Sir Roy Fedden was appointed Chairman of an interdepartmental committee which was charged with "preparing and submitting to the Minister of Aircraft Production detailed proposals for a School of Aeronautical Science". In 1944, the committee finally submitted a report entitled 'A College of Aeronautics' which was in effect the blueprint for Cranfield.

Given his already remarkable contributions to airships and aircraft engineering, and the development of the jet engine, Roxbee was a natural choice to serve as a Governor for the new College when the Board met for the first time in December 1945. A site for the new college was found in the form of RAF Cranfield, and amazingly only ten months elapsed between this first meeting of the Governors, and the College opening its doors to the first intake of students in October 1946. 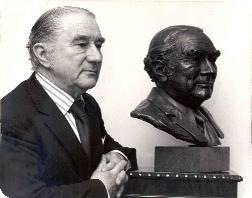 Roxbee later became Vice-Chairman, then the natural successor as Chairman of the Board on the death of Sir Frederick Handley Page in 1962. During the 1960's, it became clear that in order to achieve its full potential, the College had to diversify and change its status.

With the assistance of the Principal, Professor Alfred Murphy and the Secretary Laurence Wilson, Roxbee petitioned the Queen to grant a Royal Charter. This goal was achieved and in 1969, the Cranfield Institute of Technology was founded with Lord Kings Norton, as he was by then, installed as its first Chancellor.

Lord Kings Norton was always very modest about his contribution to Cranfield, but he served as its Chancellor from 1969 until 1997. He never missed a Graduation Ceremony and his speeches were always amusing, sharp and to the point. He was a magnificent figurehead and he was one of Cranfield's greatest supporters.

Letter re: Cripps' refusal to let Cox go back to the Board and chairing the Royal Aeronautical Society aeronautical education meeting (which led to the development of Cranfield) (June 1943)

A College of Aeronautics: Report of the Interdepartmental Committee on the Establishment of a School of Aeronautical Science (1944)

First graduation ceremony at the Cranfield Institute of Technology (Video, 1969)

Links to related material on the Web